MinLast tournament of the year! Only 30 players left at East Lake (excluding Hunter Mahan who said screw it and is playing over in Europe this week). Who’s gonna win? Will the $10 million giant check that I assume the winner gets fit in their pocket? What does Morgan Pressel look like in a video game? Find out below! 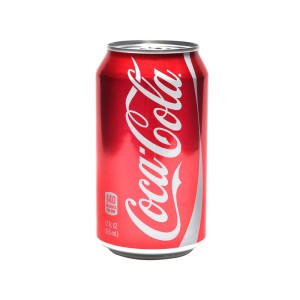 Honestly, I’m not that big a fan of Coke.

I suppose it fits because Coca-Cola is based in Atlanta, and they they are sitting on an pile of cash with a market cap of over 168B. Geez who knew you could make that much money in soda?

Well obviously Coca-Cola isn’t going to put all it’s carbonation in a drink that goes well with whiskey, so I looked up some of the other ways they make dat money. They own a couple other brands of beverage, including Minute Maid, Sprite, and Barq’s, but by far the most interesting way Coke has made money is by buying Columbia Pictures in 1982 for $692 million and selling it in 1989 to Sony for $3 billion. Not a bad return for 7 years. In reality though, I guess Coke is just one of those brands the pretty much everyone everywhere likes. And the fact that they distribute in 200 countries doesn’t hurt.

END_OF_DOCUMENT_TOKEN_TO_BE_REPLACED

The Barclays sets itself apart from most other tournaments by deciding to not use an identifier or other words in the tournament title besides the name of the sponsor. So I guess it’s neither an Open, nor a Championship, so probably just a Tournament. Actually, I’ll go with invitational since you have to qualify. So this week, it’s The Barclays Invitational. I asked Barclays officials about what kind of event this really is and they declined to comment.

I’ve sat here for a while now trying to think of what to say about Barclays. I figured I needed to mention that you have to say “Barclays” with a English accent, cause 1) it sounds better, and 2) that’s a good enough reason on its own. But that’s about the only interesting thing about it. In reality, all you really need to know about Barclays is that it’s a British bank that does bank like things all around the world.

Beginning in 1967 (and first won by Jack Nicklaus), The Barclays had a rich history of being played on the same course until 2008. The tournament was pretty much synonymous with Westchester Country Club, even donning the name “Westchester Classic” for the first 9 years of existence.

But money changes things, and in 2007 when the FedEx Cup began, the tournament was moved from June to August, and also started moving around host courses (and hasn’t returned to Westchester either). Currently, the tournament seems to be on a 5 course hosting rotation, with Plainfield being a part of it.