The PGA Tour is back in the Midwest for the first time this summer. Couple more weeks until the US Open, whether you’re trying to win some entries into the big million tournament, or trying to figure out how golf DFS (or really WFS) works, we’ve got picks for you to steal.

Not the best picks last week, but Sunday charges by Charley Hoffman and Zach Johnson vaulted my lineup to 5th in the 50/50 it was entered in. Not enough to cash in the GPP, but I at least recouped most of that entry fee.

This week, focusing on value picks a little lower in the salary range than I usually go with the thought that those players should normally have a higher salary.

Brendon de Jonge ($6,800) — Just when I get mad and don’t pick him, he goes and plays decently at the Byron Nelson. So with his salary, he’s back in the lineup.

Justin Thomas ($7,200) — Little of a stretch here in that he hasn’t played the course, but don’t think he’s ever had trouble playing well on new courses.

Well, I should have realized that nothing good was going to come of a third of my original picks WD’ing the day before the start of play. Oh well, from here on out I’d advise not playing on ridiculous weather weeks unless you are very confident of your selections. Really solid field this week so there should be plenty of good value picks.

Jason Day ($10,800) — Not altogether sure why he’s slipped below some of the players above him. There are a few high end guys who are worth the price tag and Day is one.

Kevin Na ($9,000) — Too much recent good play to ignore him. He hasn’t finished outside the top 20 since February.

Brooks Koepka ($8,000) — Honestly, there aren’t a lot of players in this salary-range that I really like. Koepka seems a better bet than most others around him in price, but he’s first out if I decide to change anything. 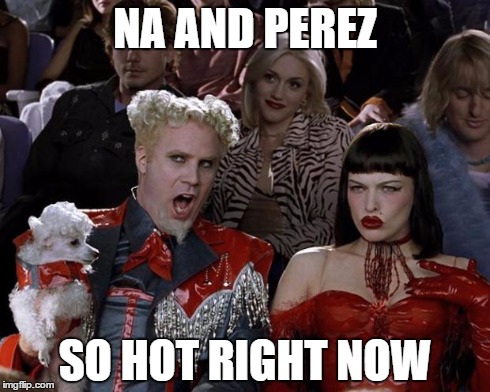 Russell Henley ($7,400) — Wow, somehow missed Henley here. Not that I don’t like Peterson anymore, but damn this is an undervalue.

Justin Thomas ($7,200) — Showed a lot of form early in the season and seems to have recently rediscovered the magic. Like Perez and Peterson, Thomas could easily have been priced $700-1000 more and no one could have questioned it.