Par 71 that’s relatively short? Chances to go low. Just look at Brian Gay a few years ago. Also, looking at the recent past results, it seems like every three years someone accomplishes this feat.

Davis Love III coming back off of injury to win his 6th tartan jacket – 250:1

Not actually a prop bet since these are the actual odds currently going in Vegas. But really, even though he’s ranked 348th in the world, I can’t imagine he could be more prepared for a tournament than one that he’s won 5 times so far.

Maybe once on Saturday and twice on Sunday? Also, I’ll save you the googling. It means plaid. 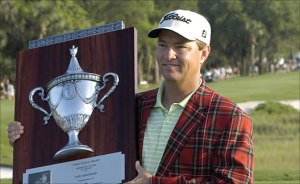 Looking young and spiffy in tartan. 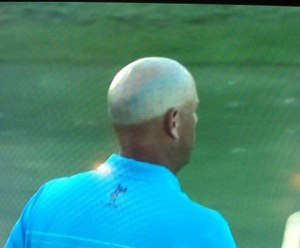 To be fair, the tv color was a little off. But damn…

Gay, Harmon, Davis, Stuard. One former champion, a left hander, an angry Englishman, and some guy who’s been doing well, but hasn’t won yet.

Unfortunately all of the Brians have hair. Though there still might be a chance for quick onset balding by Sunday.

After a performance like he had at the Masters, don’t really know what to expect out of him. But his grouping with Speith and DLIII is absolutely the one to watch.

At least Tom Watson was playing in the Masters. Faldo just sat in the booth.

Nick Faldo making the cut, but finishing early enough to commentate when the leaders are playing – 15:1

Cut made or no cut made, not much faith in Mr. Faldo. Really like his commentating though.