It’s hard to believe that we’re a quarter of the way through the PGA season already. Actually, well over a quarter of the way since the fall schedule is now part of this season. The 2013-2014 golf season. Odd, it sounds like something off of the Sunshine Tour, but it’s a new reality for PGA members. If you think you’re too good for the fall series and you don’t start off the new-year at least moderately hot, be prepared to have to climb out of a huge hole of FedEx points. But I digress. We are here to discuss the top five players in the world. I’m going to be American biased here, but c’mon, at this point in the season there really haven’t been enough strong international fields to pull attention elsewhere. 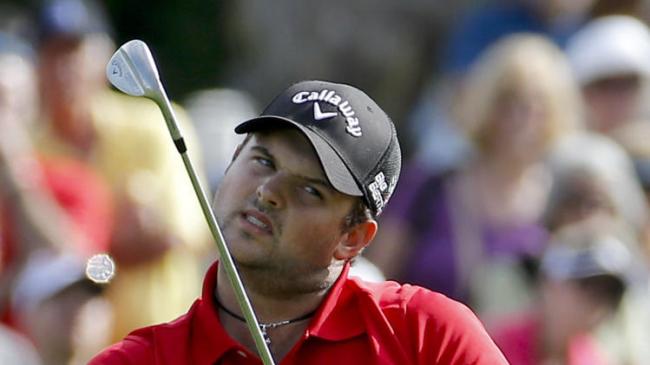 Thanks in large part to Patrick Reed’s press conference after Sunday’s victory at the WGC Cadillac, the golf world is abuzz (moderately) with talk of bravado and false confidence. I haven’t been able to listen to Reed’s presser, I’ve only seen the transcript, but how can anyone fault what he’s saying? Guy has three wins since last August, and his worst finish this year has been a t-24 last week at the Honda before this week’s wire to wire victory.

Currently ranked 20th in the world, Reed has been as consistently good as anyone since his first PGA victory at the Wyndham. Why so low? you might ask. Well, mostly because he is 23 and the world ranking system has a two-year rolling window of counted events. Also partly because Reed has never competed in a major before. Majors have huge purses and allow for players who play well to take largely undeserved jumps in the world rankings while players who haven’t made it are left to play in terrible events (same for WGC events, looking at you Puerto Rico).

Jimmy had been knocking on the door for some time prior to breaking through and finally winning on Tour, but when he did, bang. Three wins already this season* on tour and is leading the FedEx points list. Guy’s been absurd on moving day so far this season, in eight rounds he has maintained a 66.25 scoring average with his worst round being a 69 (by two shots!!). Honestly, there are only two reasons why he isn’t #1: the caliber of events that he has won and the fact that he didn’t win this week.

Though Bubba had a lackluster year in 2013, due in large part to poor weekend play, he turned it around at the end of the year (the beginning of the 2013-2014 season) with decent showings at the HSBC and the Northwestern Mutual. By my count, in the 2013 season, Bubba only had seven (seven!) weekend rounds in the 60’s, a ridiculously low number for someone as talented as him. This season, beginning with the HSBC, he already has nine weekend rounds in the 60’s. In all honesty, if Bubba would have held on at the Waste Management, I’d probably have him at #1.

Day has only played in three FedEx Cup counting events so far this season, but already has a win and a second place finish. He also won at the ISPS Handa WCoG, which although it doesn’t count as far as points go had a very solid field. These results leave me hoping the thumb injury that forced him to pull out of the Cadillac is short lived; no one wants to see his career get on the Anthony Kim train. With his expected recovery expected to be short-term, I fully expect to see at least one more victory for Day prior to July. Had he played in a couple more events this season, he’d probably be higher.

Like the rest of my top 5, you could easily make an argument for DJ to be ranked higher. A win at the HSBC in November and three top-4’s in the last month (including back to back runner up finishes) are showing that he is consistently bringing some serious game. Can’t say he ever looks too comfortable over a four-footer, but neither does Bubba, I guess.

Though I think the top 5 has separated itself from the rest, here are a few notable players (listed in no particular order) that would jump into consideration with a win or a continued streak of solid play.

Harris English: He has two wins and has missed only one cut since last May. Solid week in week out, English will jump to the top 5 if he gets another win or trends a little toward the top with his finishes.

Sergio Garcia: Oh Sergio, you were probably #6 this week. Hard to be playing much better than Sergio as of late, but as I noted, I am a little American centric. A win on American soil would go miles and probably put him in the top 2.

Victor Dubuisson: Not a ton to say about Dubuisson, other than to note he is trending up and has played very well against some of the top players in the world.

Tiger Woods: Injuries. They are killing his career. Just as talented as anyone, I think Tiger’s downfall is his inability to pound as many range balls as he would like. Still though, any given week he could find it and rattle off another 5-win season.

Henrik Stenson: Anyone with eyes could tell you that Stenson was the best player in the world at the end of last season. Wasn’t even close. Once he finds that form again, look out.

Rory McIlroy: Rory is Rory. A top ten player who has about zero consistency. Playing pretty solid this year though, and if he didn’t cough up that win at the Honda he’d probably have snuck into the top 5.

Jordan Spieth: Top ten player for sure. One win from jumping into the top five maybe top 3.